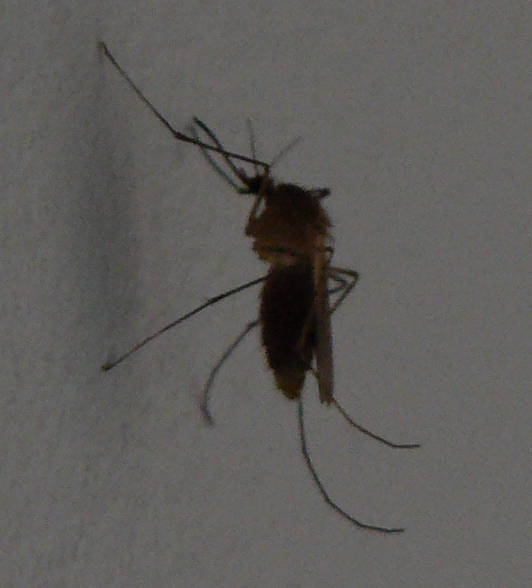 Having spent much of my life marvelling at the explosive gifts of genius, and spotting a new example last week, in an unexpected discovery of Ruth Finnegan I thought to try and put a finger on the pulse that distinguishes it. Let me start with a draft poem. (I am no longer spending time with polishing- but hack out a brief economy since I have been accused of pointless perfectionism!).

Hunting The Shakespeare Snark- Genius on the Loose.

‘I stood on the shoulders of giants’ Newton said,  in rare modesty.
He never meant elevation. A wider view.
The perspective from a vantage point
A Rugby scrum’s exuberance. To lift aloft a worthy Captain of endeavour
No, the devilling, sifting, panning has been done
Leaving gold gleaming, shining in the seams, the streams, the flowing thought of water.

The debris of collective labour was the reclamation heap
haphazard, strewn and half submerged
after others had discarded, and moved on.

Unbonded by design until he sat relaxed
to feel a gravitas, that binding law of all.
in dunes of trickling sand, apples fallen,
carved into caves by feeding wasps…
Feathers in Pisa
dancing curvatures of gentle challenge
for which poor Galileo once gave answer ‘eppur si muove Signore…’∗
Though he could not, after that.

Insight it was, not diligence.

Once flooded, diligence tramps along to make a way.
Solid stones of logic, a rope across a gorge;
Twists an equation, plaits a verse, sweeps a landscape, paints a play.
Dedication is maddened vision, urgent for corroboration and one gift of ‘Yes’.
You could be right. ‘How foolish not to think of that’.∗

The inner vision, coaxes out,
Extends a hand towards the growling bear of solitude.
Feeds an altered hunger, new, aroused
Blinded by shafted splintered light, genius ventures out.
Tentative on the turned new earth of change.
It may take his weight, mire his  delusion, evaporate like morning mist burned off.

He has been bit: He must go on.

Once aroused, the hunger will persist for it can no longer feed on arid plains.
It may starve, endure a century of ridicule, grovel for a blade of green
Until the tungsten light secures one bowl to hold its liquid truth.

Genius is Creation’s nib, whittled and split to hold the ink
Of IN-sight. An inflammation that will spread, turn feverish,
dampen sheets, ignite a blaze, until submissive and all spent,
confused.

Sight brings servitude. Genius is the lowly ass
(As loaded as that one to Bethlehem)
Whose message is unwelcome
Premature.
Puncturing the palm on the small and open hand of time.

∗All the same it moves ( the Earth round the sun)

∗ Thomas Huxley on reading The Origin of Species.

I might as well be hung for a lamb for I shall expand. The misuse of genius to describe the Big Personality, David Bowie, John Lennon, Steve Jobs  and their ilk of theatrical exhibitionism, or inventive acumen (however wow or timely it may be) is the devaluing of an important concept- genius is not simply originality ( though that is one hallmark), not cleverness, not reading the easy drift of tide, but a porous availability to the rushing gale of urgent messages for Man. That is how I see genius-the minion who bridges the present and the future while the counter-crowd draws on the past, and trails its popular authority as the acid test of worth.

Traversing Mongolia without a yurt. The Journey of Genius. 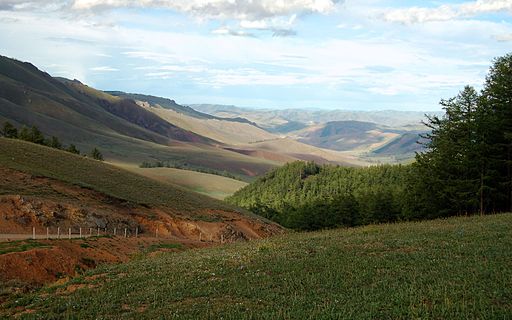 Why Mongolia? Scarcely inhabited, barren of much comfort, no pre-ordained or clinker roads to determine a crossing, and decidedly cold and windswept at first glance.

That is the landscape faced by genius; genius impelled to tread out a vision.

Genius has become almost a dirty word, over-used, dubiously ascribed to success (which almost defines its misuse) and applied to easy competence, self-belief or aggrandisement by those who cannot tell the difference. Its over-use in such instances has melted its meaning to vapour.

So let’s start again. When I use the word I look for its tell-tale spoor, as I would if following a Yeti, Dinosaur or three toed sloth. It emerges unexpectedly from some cave of solitude; its first steps are tentative because this gait is entirely new, yet it gains confidence simply by treading into the unknown, never tempted to return. For it is armed, no, not armed, but infected by a disease, the disease of certainty. Of what is it certain? 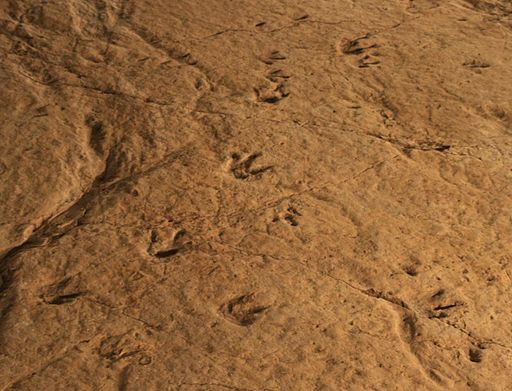 The vision is undefined, except by the inadequacy of what pre-existed it. Space was made for it before it grasped a truth. That truth demands a language, but that language will be new, shaped to be understood by very few, those few will already know of the existent inadequacy, but have started to hunger for an alternative. They are ready. The soil of acceptance is high up a cold mountain, a small patch of possibility, and genius must plant there.  To begin with that truth takes root roughly, grows raggedly since it has not grown before. It has no morphic field to resonate in the collective;yet. It will be battered by winds of opposition, uprooted by ridicule; but cuttings will be taken surreptitiously, to flourish in the hot houses of acclaim. Those cuttings will never thrive beyond a short span for they have been severed from the vision that gave them life.

Each new vision must forge its own language: For the lucky it might be a mathematical equation, for others it will be a dogged search through the debris of thought, or the clues left by ancient civilisations sifted with a sable brush; for the truly transported by vision it will be poetry, which is permitted greater freedom to remain half defined and stay closer to its fluid origins. It is always bigger than language; all language fits it ill.

Genius has been bitten, fatally bitten by an all encompassing, blood and brain suffusion, and its constructions match that holistic landscape. They tend to be complete in themselves, a fast link in a chain or compendia that like a tsunami take all with it. Homer and his Iliad/Odyssey, Milton with Paradise Lost and Found, Gibran’s The Prophet defining all elements of relationship, Dante and his tripartite Divine Comedy, Goethe with his ever renewed Faust, nothing excluded, nothing irrelevant. Genius may be difficult to define but not to recognise. (Unless you have a vested interest in denying it space) for it speaks below the brain, in the unity that is shared and instinctively recognised because it is already known.

That unity, from Faraday’s lines of force, Maxwell’s fields, Einstein’s space-time, is the testament of genius, for it has drunk deep on certainty and its rivulets spread uncontained, and a whole life may be given to directing and expanding that flow. Nobody understood relativity, but relativity took root and changed the whole of physics, but has taken time to invade biology through neuroscience, or sign a new contract with chaos theory.

The paramount signature of genius is its facsimile to its closest kin; madness- and obsession, but unlike madness the breastplate of certainty protects the genius. He/she has been gifted, and is shacked between the shafts of service to the vision, to the unique need for the new language, and to the obligation to impart and to safeguard it.

Promoting, or promulgating a vision may be the closest to its service a genius might get, but its specifics once imparted can be left to themselves, which brings me to the infection. What decides who will be bitten? Who will shine with that indefinable light?

I have given much of my life into seeking an answer to that question, the artesian wells of inspired ideas or creations must lie where the crust of collective thought is thin, for although genius is mostly a maverick solitary, the eruptions are often synchronous, as  Farkas Bolyai wrote to his son Janos urging him not to delay publishing his work “When the time is ripe for certain things they appear at different places in the manner of violets coming to light in early spring”.

One thing is apparent: The belief that these great geniuses have somehow assembled new understanding by a thoughtful selection and rearrangement of cogent reclamation has to give way to perceiving that the understanding came first. Insight knew and structured the search for evidence or inspired the language by which to convey what was not yet clothed. Or in any state to be transmitted. The sheer scale of the creations of genius could never be undertaken by anything less than certainty.Academics and intellects will work on good ideas that will find funding, genius will take a job in a patent office in Berne, and reflect on the clock at the end of the road.

The book I reviewed in the last post, Ruth Finnegan’s Blank Inked Pearl I believe was one such ( which is why, although not flawless judged against other works, it will prove a classic- the imaginative construction of language to quote emotion where feeling is unquestioned- the raw substance and subject of language) and the next one I hope to review, though very different in language is equally mind-blowing. It uses the chisel of intellectual analysis to de-cypher a fallacy and proves every idea about Shakespeare false; but since our collective incarceration of the Bard is so (literally) entrenched it will have a harder time breaking through. The intellect was merely a tool but will be mistaken as THE argument. Another post dealt with Jose Diex Faizat’s extraordinary insight ( and examinations) of the harmonic intervals followed by evolutionary changes at the diminishing nodes of time’s tripartite (Trinitarian?) sub-divisions. More than forty years of a man’s life are not spent on an hypothesis. He examined the whole of creation , the structure of time as the harmonic intervals of celestial music. Another Symphonic Dance to the Music of Time. Or the reincarnation of Johannes Kepler?

Brave new ideas are sensitive
To antigen attack by the body politic.

Genius walking amongst us, walks unrecognised and lonely, but there are distinguishing stigmata as well as light emanating, and much labour (and little but labour) to reshape vision under whole new empires of conquest. Genius is about reaching for the All. Close to Divine.

By me (w:User:pfctdayelise) (Image taken by me using Casio QV-R41) [CC BY-SA 2.5 (http://creativecommons.org/licenses/by-sa/2.5)%5D, via Wikimedia Commons

By BáthoryPéter (Own work (own photo)) [GFDL (http://www.gnu.org/copyleft/fdl.html) or CC BY-SA 3.0 (http://creativecommons.org/licenses/by-sa/3.0)%5D, via Wikimedia Commons