The Blindfold of Hope. 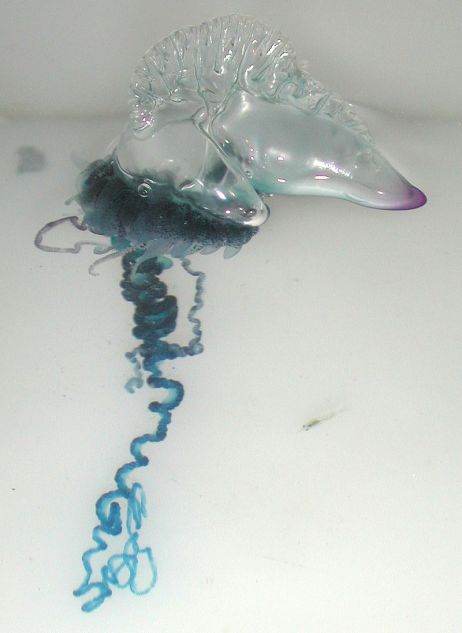 My neglected followers need an apology: The silence over past months has been deafening. We writers are used to fallow periods of doubt, fatigue, burn-out, depression, which tend to express themselves in a whinge. This will not be another whinge but some kind of awl; puncturing the inflation of self-importance, which keeps us afloat, like a blue bottle bladder on the salt seas. To ensure another stinging, mettlesome incisive contribution. Another that will sink without trace.

I am here to prick out the air of hope that inflates this persistent bubble.

Hope is the real narcissistic betrayer. The less of it there is, the more irrational its high maintenance, the stronger it grows. Like the death throes, the final gasping is more laboured and more desperate than those earlier rhythmical currents of disappointment followed by resolve. Breathe out; breathe in. Take up your pen and scribble.

There I was thinking I had come to terms without hope, hope of readers, hope of publication, I had accepted the accelerating speed of ageing and sifted out a few ‘manageable’ tasks that might be squeezed in before dementia started clacking its teeth.

Out of the blue came a letter of fulsome praise for a work I had almost forgotten writing. A seeming blast of enthusiasm (in its original sense- or so I thought) re-inflated that wrinkled bladder and set it a-sail. ‘Surely you must have been inundated with requests of this kind but might we meet? So much I want to ask.’

Instead of the rational response ‘Nice idea, but why?’ I took wing. Well, car. Travelled some distance, well, three hours one way. Was I discouraged by horizontal pelting rain? Not a bit. Was I afraid of winds strong enough to hurl cars across the lanes of the Severn Bridge, well, yes. But hell. A man liked my book. Was interested to know more. Death had no dominion.

So the funds that might have formatted the one that might come next, was spent on a dull hotel room in windswept Wales. We did encounter one another, a man reluctant to remove his hat and an old woman carried by hope like Mary Poppins, legs flailing.

I think maybe he really did initially like the book, but I think he liked the idea of being paid to ‘re-launch’ it a little more. That was the slow rising yeast within the monologues that assured me…err… of his estimable connections, his… err… family history of building err worthy stately houses. No mention of books. ‘Books are not really my field, though I do read a lot’. He would like ( you said you could spare it) a few hundred to read it for an audio, because he was a bit short, and ‘and by the way I need you to jump start my car to get home. It’s a tad unreliable’.

That was all the fault of hope. Bastard. What ignominy! How low will hope take one?

It puts a blindfold around judgement, and twirls you around, and pushes you towards every insane sweet smell of approbation. I have circled through five such hopeful proposals. Each thought I would pay handsomely for deeper disappointment, I would grant copyright for five years; I would print for reviews; I would pay to pulp; a disappointed author is a tree dripping plums. Hold up an apron and it will fill.

But this was the final gasping expiry of hope. I hope.

Advice? Avoid hope. Call it to heel, and grind it to ashes. You can recognise it whenever you start to breathe deeply. Instead like any woman in labour, just pant, and something might be born, or not. If it is, its appetite for attention will be modest, and it will not be a blue-bottle. It may be a sprat and swim. If it sinks you might plant a garden instead.

You will avoid humiliation. Promise.