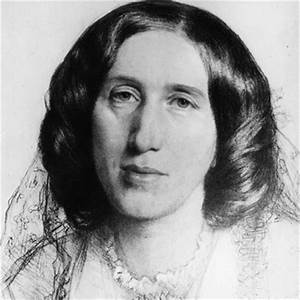 A Tribute to George Eliot.

The woman who has guided my life, and plucked at my shoulder whenever I neglected her was born this day 200 years ago exactly. I vowed I would finish a memoir that is not just a literary tribute to her but a sleuthing of her intermittent interruptions through my 78 years of following in her treads. I did so yesterday in time to light the candles today.

George Eliot packed four signed volumes of her last novel (Daniel Deronda)to my great great great Aunt (Eliza Mary Sanderson nee Barrett)  who she had never met, and never would. The aunt, who was childless, and who lived in South Africa left them to my grandmother. Nobody knew what had prompted the gift, but the books were bequeathed to me. I first saw them when I was sixteen. Then they were stolen by my own aunt and given to a University Library in  a place they would never be asked for.

The influence of George Eliot initially was that of overwhelming admiration, and the seduction to leave Africa for England, for its literature, its poetry, its traditions, its certainty of varied seasons. She summoned me to a different world, and ultimately to the ambition to write. But that was only half the story.

The other half was locked in the mystery of those books. The call to write the memoir was to discover the end of the story that began with them. That gift linked me directly to the author. I discovered not only her (adopted) family’s direct connections to my own but an unknown poetic work that I had never known of but echoed in my narrative poem Involution. It now seems that George Eliot was a restless muse, and found a scribe to finish what she had only just sketched before her premature death at sixty one. It seems my life was merely to mix the colours and sharpen the quills!

Perhaps that is all I was meant to do, to write her Religion for Humanity?

My life has been sliced into decades that echoed each one of hers, without knowing it. It mirrored her search for answers to belief, exploring every doctrine only to find each in turn insufficient. Each exploration of hers gave rise to a stupendous work, from Methodism in Adam Bede, Catholicism in Romola, to Judaism in Daniel Deronda, but the greatest novel of all, Middlemarch, exposed the dry vacuity of intellectual answers in the character of Casaubon seeking ‘The Key to all the Mythologies’. In his arid search for authority he betrays everything and everyone else, most importantly his marriage to his yearning idealistic wife, seduced by his so-called erudition. Erudition of that kind is the atrophy of the soul. This was the work Virginia Woolf called the ‘first novel for adults’. By that I take her to mean that meaning is not arrived at by catalogue or cogitation, or ‘givens’ from any source, but by independent ‘openness’ to all. And the courage to step away from any collective. (George Eliot was never a joiner of groups, not even those who expected it like the suffragettes.) I echo her in that.

George Eliot’s life was a life in search of love, and loving gave access to meaning, not just for oneself but through the lovers of music, inspiration, ideas, and the great adventure of life. Life was the ‘great book’ of wisdom.

Tomorrow I will add an imaginary conversation with the great author whose search was my own but whose recognition and rewards were the very opposite. For now I will rejoice in having known her. She is incomparable.